This project was the assignment for a class I took Editorial from Make Art That Sells with Lilla Rogers. The class broke down the stages in the way you do a client brief from sketches and exploration to rough to final. The turnaround time was very quick and I wish I had’ve had more time on the final to capture the likeness better – but the deadline was the priority! 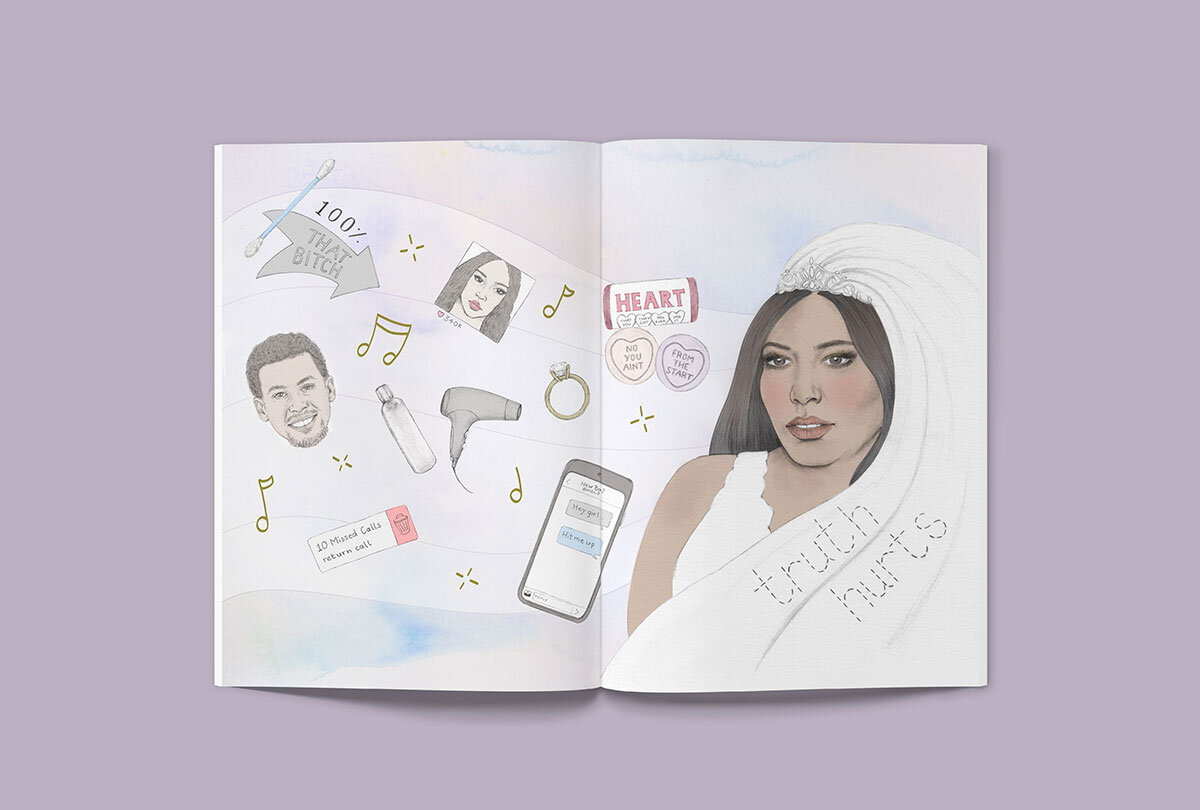 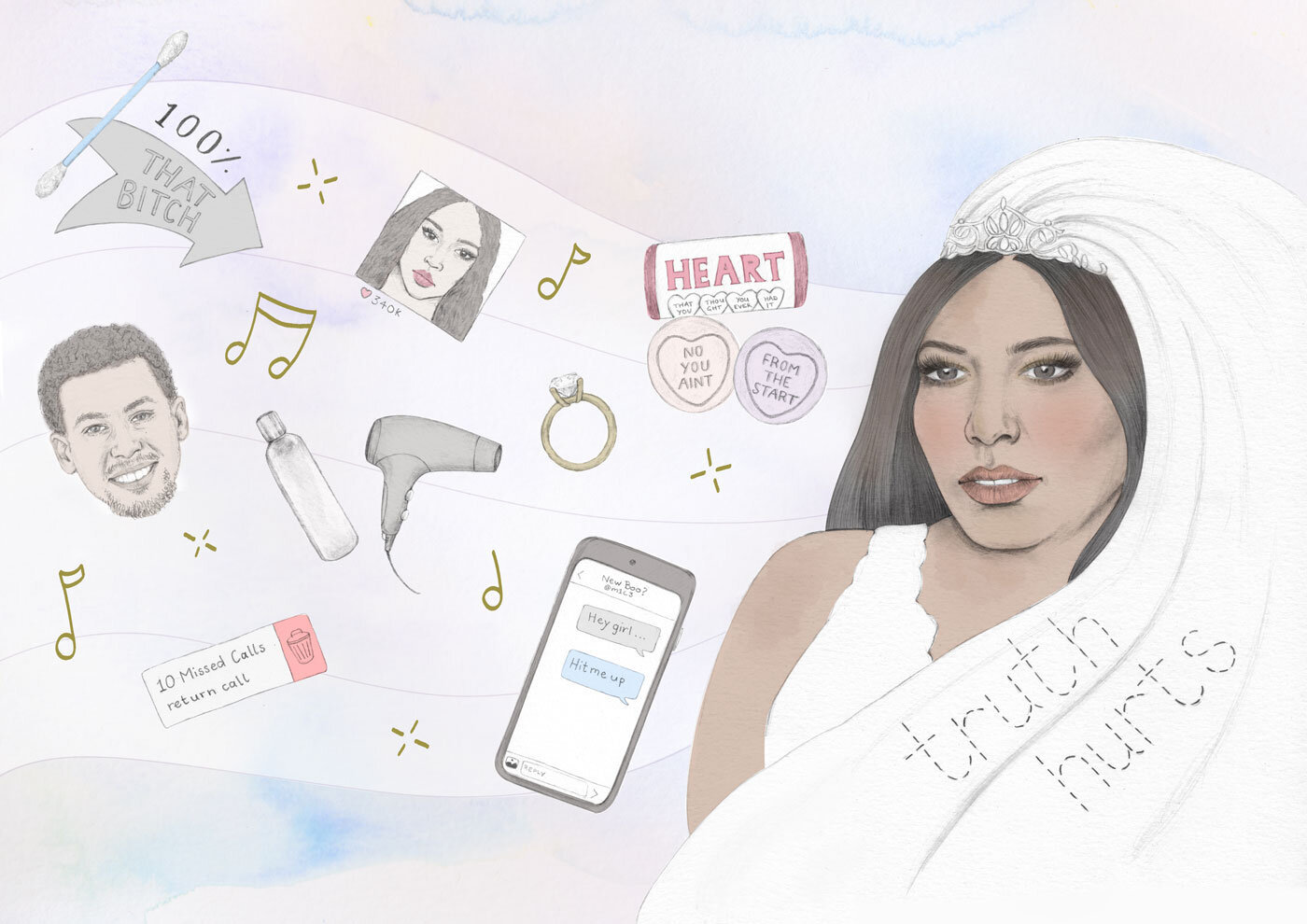 It’s not usually my process but I enjoyed sketching some thumbnails by hand and then moving on to my iPad to draw the composition and work that out. I then redrew this to rough standard a bit closer to my style as though I was submitting to a client. The next step was to move on to drawing the portrait of LIzzo and the other elements. 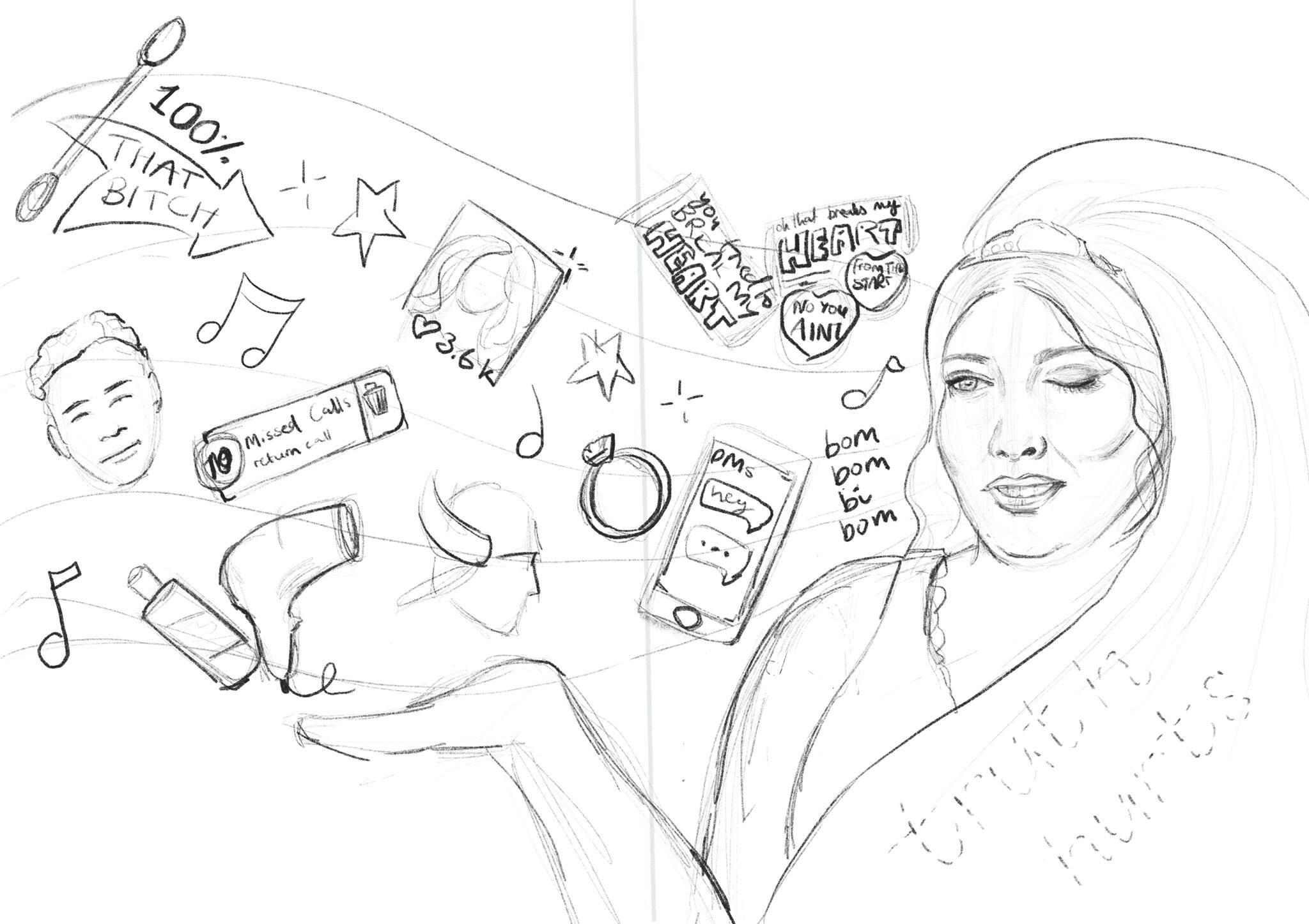 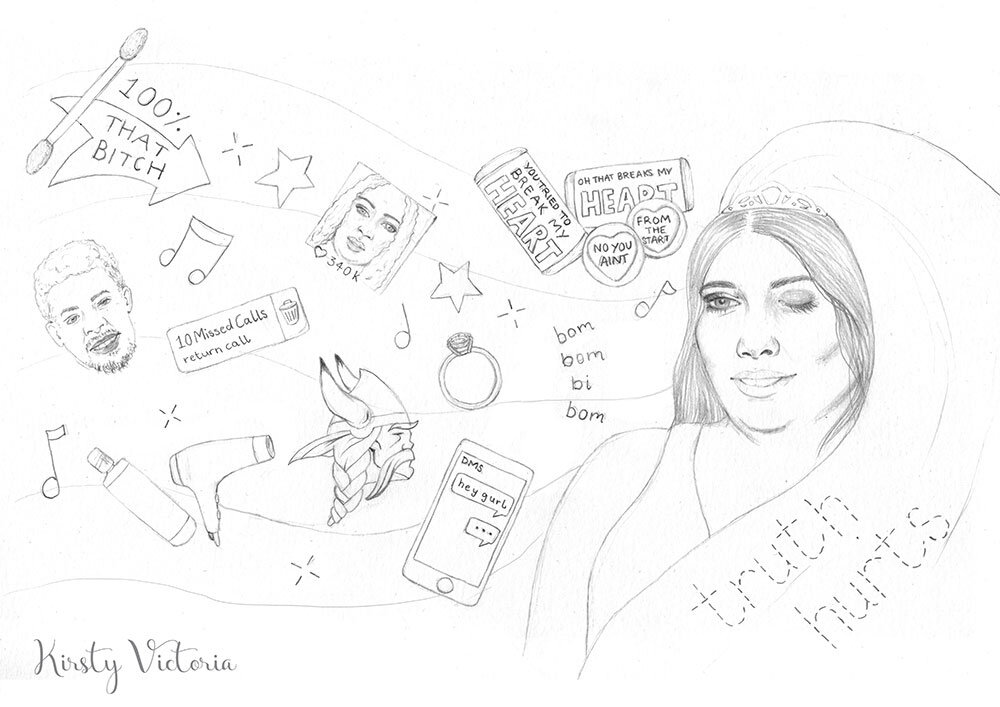 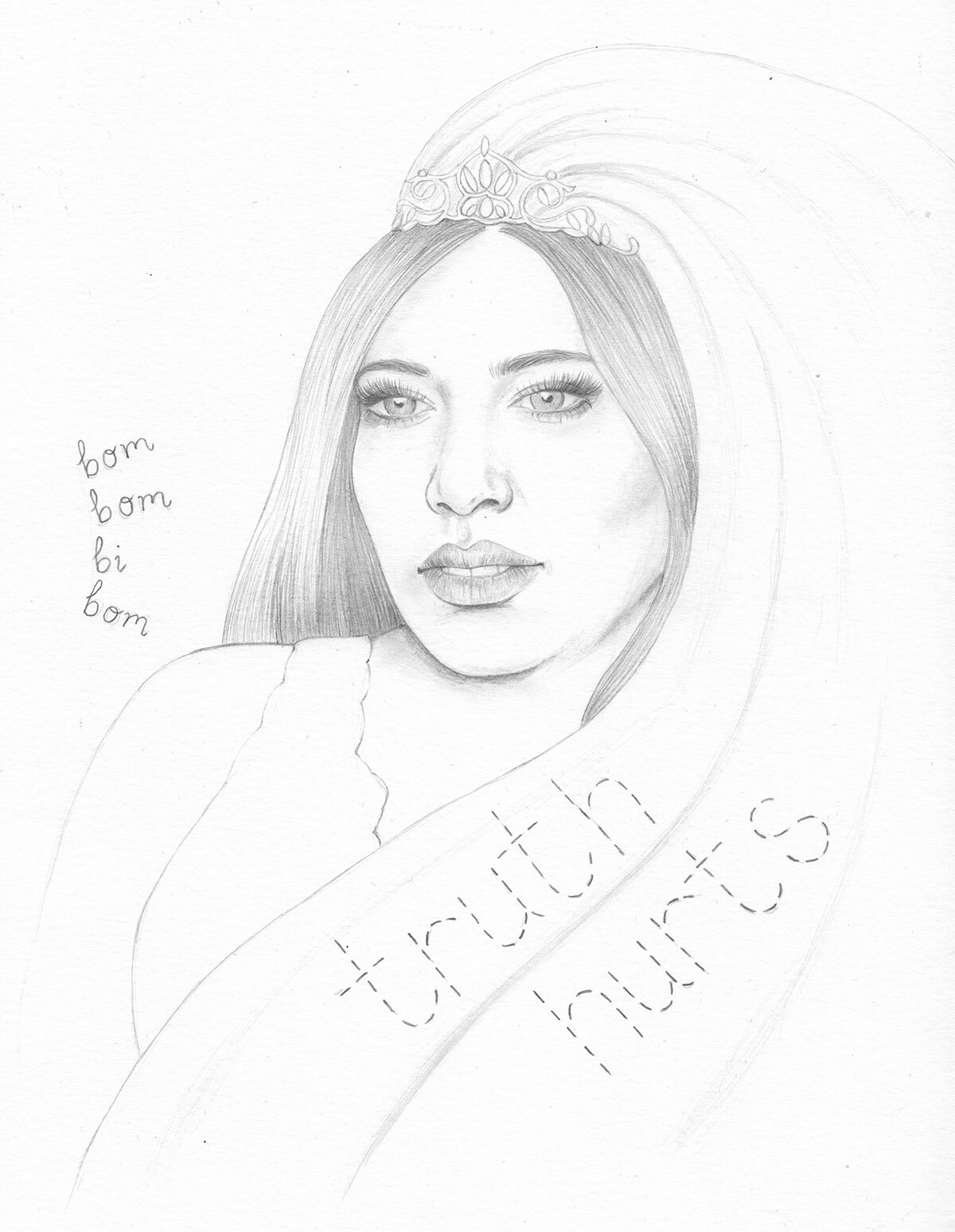 Each element was scanned and edited then individually placed as per my rough, I decided to skip the ‘bom bom bi bom’ wording to improve the look. Then I used an existing watercolour texture and used a colour gradient layer over the top to fit the colour palette. The gold music notes and ‘bling’s were drawn directly in Photoshop using my iPad and the Astropad app.

A few final amends were done from my class submission to improve the colour palette which included removing the Minnesota Viking as it was jarring with the other elements.